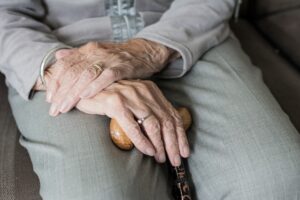 World Elder Abuse Awareness Day, June 15, 2020, recognizes the risks of elder abuse and neglect of older people. It’s a day for family and caregivers around the world to learn how to take proactive steps to protect loved ones and for older people to learn how they can protect themselves..

What is elder abuse and neglect?

Elder abuse is physical, emotional, financial or sexual harm inflicted upon an older adult, or neglect of welfare by people who are responsible for their care. In the United States alone, approximately 1 in 10 people aged 60-plus have experienced some form of elder abuse. Sadly, victims of elder abuse are often too physically frail or have a diminished mental capacity, which makes them unable to recognize abuse and, therefore, incapable of fighting it.

Elder abuse is most commonly perpetrated by family members, including adult children, spouses and partners, but it can also occur by a hired caregiver who is working in the older person’s home or in an institutional setting, such as an assisted living facility.

What are the effects of elder abuse?

According to the National Institute of Health (NIH), older people who have been abused have a 300% higher risk of death when compared to those who have not been mistreated. The exact cost of elder financial abuse and fraud to Americans is unknown, but is estimated to be as much as $36.5 billion each year.

The many forms of elder abuse

Physical elder abuse involves the intentional use of force against an elderly person, resulting in injury, physical pain or impairment. This includes physical assault, hitting, shoving and the inappropriate use of restraints and drugs.

Emotional elder abuse involves treating an older adult in a way that causes emotional or psychological pain or distress, including intimidation by threats or yelling, humiliation, habitual blaming, ignoring, isolating the older person from friends or activities and terrorizing them.

Sexual elder abuse involves any sexual contact with an older person without their consent and/or showing them pornographic material against their will. It also includes forcing the person to undress when unwarranted.

Elder neglect involves the failure to fulfill a caretaking obligation, such as ensuring the elderly person’s nutritional needs are met; dressing them in an appropriate manner; not maintaining an acceptable level of hygiene and not meeting their medical needs. Elder neglect constitutes approximately half of all reports of elder abuse.

Financial exploitation involves the unauthorized use of an elder’s funds or property, including stealing cash, using an elder’s checks or credit cards, forging their signature and/or identity theft.

Healthcare fraud and abuse involves Medicare/insurance fraud, overmedicating or under-medicating, double-billing for medical care or services, charging for healthcare services that were not rendered and recommending fraudulent remedies.

Signs of elder abuse can be difficult to recognize since they are often mistaken for symptoms of dementia or physical frailty. If you suspect abuse, look for the following warning signs:

Caregivers who are feeling overwhelmed may be in danger of abusing or neglecting the older person. It’s important to reach out for help and support as soon as the early signs of burnout appear.

If you are not the primary caregiver of a loved one, take the following steps to prevent abuse in the hands of the person who is directly responsible for the older person’s care:

If you suspect elder abuse and the victim is in need of immediate assistance, dial 911. You can also call 1-800-677-1116 for support, or find local resources at the National Center on Elder Abuse.

For more information on elder abuse and neglect, see these links:

You are now leaving Lincoln Maine Federal Credit Union's ("LMFCU") website and linking to a website not owned or operated by LMFCU. Links to other Web Sites/e-mail addresses are provided solely as a convenience. LMFCU has no control over the content of these sites; and LMFCU shall have no responsibility or liability relating to any access to such sites or communications between you and such Third-Parties. LMFCU’s privacy disclosures do not apply to linked Third-Party websites, and we advise you to consult the privacy disclosures on the linked Third-Party website for further information.

LMFCU’s website may also contain links to other websites owned, operated by, or affiliated with LMFCU ("Affiliated Sites"). Affiliated Sites are also not governed by LMFCU’s privacy or other policies; and you are advised to review the privacy disclosures applicable to each Affiliated Site you visit.

Products/ Services Offered by Third-Parties / Affiliates: Any products or services ("products") which are provided by third parties or affiliates are not products of LMFCU. If the purchase of same is facilitated by or through LMFCU financing such is merely a convenience to the borrower(s) and in no way, creates any contractual or other relationship between the borrower(s) and LMFCU with regard to any such products. Any rights, obligations or claims with regard to such products shall be solely and exclusively by and between you and the third party providing such products as may be set forth in any applicable contracts, agreements or otherwise, and LMFCU shall have no obligations, responsibilities, duties, or liabilities whatsoever regarding same. By continuing to the site, you acknowledge and agree to this policy.